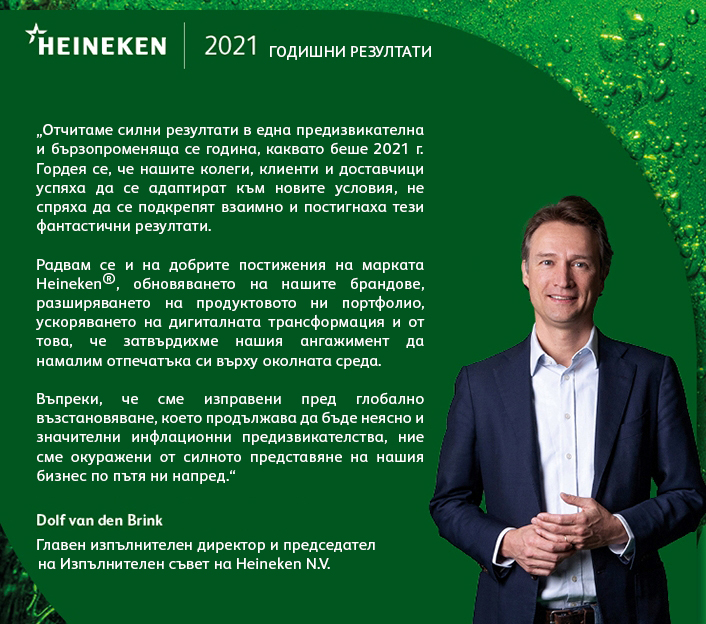 “We delivered a strong set of results in 2021 in a challenging and fast-changing environment. I am proud of how our colleagues, customers, and suppliers continued to adapt, support one another, and deliver these results. I am pleased with the great momentum of the Heineken® brand, the renewal of our brand and product portfolio, the acceleration of our digital transformation and how we are strengthening our footprint. Looking ahead, although the speed of recovery remains uncertain and we face significant inflationary challenges, we are encouraged by the strong performance of our business.”

For the full year 2021 increased by 12.2% organically, with total consolidated volume growing by 3.6% and net revenue (beia) per hectolitre up 8.3%.

Premium beer volume grew 10.0%, outperforming the portfolio in the majority of the markets, and accounts for more than 60% of the company’s total organic growth in beer volume in 2021. The growth in premium is led by Heineken®, up 17.4%, significantly outperforming the total beer market and well ahead of 2019. The growth was broad-based with more than 60 markets growing double-digits in 2021.

HEINEKEN believes that the world-class sponsorships are a unique vehicle to connect and reach consumers, and 2021 was the company’s biggest year in history despite COVID-19 restrictions. The UEFA Champions League and Euro 2020 took place in 2021, and Heineken® invited fans to come together and be rivals again, with only the Euro 2020 reaching more than 5 billion views.

Formula 1 and Formula E were a highlight with the Dutch Grand Prix cruising Heineken®'s home ground for the first time since 1985 at Circuit Zandvoort in the Netherlands. The brand celebrated the 2020 Olympics and joined in to cheer on all athletes as they competed in Tokyo. To promote gender equality in sports, Heineken® announced several upcoming sponsorships of women's sports, including UEFA Women's Football and the Formula 1 W Series. The highly anticipated Bond movie, "No Time to Die", was released 30 September 2021 featuring Daniel Craig and a crisp bottle of Heineken®. It was "well worth the wait."

RAISING THE BAR ON SUSTAINABILITY AND RESPONSIBILITY

In 2021, the company launched the next phase of its sustainability and responsibility strategy in the form of 22 new Brew a Better World commitments focusing on three areas: Raising the bar on climate action, accelerating our social sustainability agenda, and driving its brands to be more ambitious in promoting moderate consumption of alcohol.

In April 2021, HEINEKEN shared its goal to reach net zero carbon emissions in its full value chain. With 2018 as a baseline, the company reduced absolute carbon emissions in production by 16%. It also published a climate action plan that explains the actions it is taking to become net zero.
HEINEKEN continues to focus on healthy watersheds via efficient water usage, wastewater management and water security. Aligned with its 2030 commitments, the company aims to further reduce water usage to 2.6 hectolitre per hectolitre (hl/hl) in water-stressed areas and 2.9 hl/hl worldwide. 23 of its 31 sites in water-stressed areas have begun watershed protection programmes with the aim to fully balance its water use by 2030, one third of these sites are already fully balanced.

While the percentage of women in senior management has doubled from a decade ago, much opportunity remains in terms of gender diversity. By the end of 2021, 25% of HEINEKEN’s senior management positions were held by women. The company’s commitment is to increase this percentage to at least 30% by 2025 and 40% by 2030.

The company’s ambition is to make 0.0 alcohol options available for consumers everywhere so that there is always a choice and Heineken® 0.0 is now available in more than 100 markets. The company will continue to use the power of its flagship brand to promote moderation. HEINEKEN commits 10% of all Heineken® media spend to advance responsible consumption campaigns and to make moderation cool.

HEINEKEN is the most international brewing company in the world. It is a leader in the development and marketing of premium beer and cider brands. Led by the Heineken® brand, the company has an impressive portfolio of over 250 international, regional, local, and special beer, and cider brands. HEINEKEN has a well-balanced geographical scope with leading positions in both developed and emerging markets. Dedicated to innovation, long-term brand investment, sales control, and cost management through “Brewing a Better World”, sustainable development is built into the company's business and adds value to all stakeholders.

HEIENEKEN has 85,000 employees in over 70 countries. The shares of Heineken N.V. and Heineken Holding N.V. are traded on Euronext in Amsterdam. Ordinary stock prices can be found in Bloomberg with the symbols HEIA NA and HEIO NA, and in Reuters such as HEIN.AS and HEIO.AS. HEINEKEN has two first-level sponsored programs of the American Depositary Receipt (ADR): Heineken N.V. (OTCQX: HEINY) and Heineken Holding N.V. (OTCQX: HKHHY). Information is available on the HEINEKEN website: www.theHEINEKENcompany.com and you can follow us via @HEINEKENCorp.

HEINEKEN in Bulgaria is represented by ZAGORKA AD.

Zagorka Brewery enters the second century of its operations in Stara Zagora. Ever since the opening of the "Brewery" in 1902 by Dr. Kozhuharov, the brewery has become a symbol of the city. In 1994 Zagorka AD joined the global family of HEINEKEN. From then until today, for more than 26 years, the company is committed to developing its business sustainably and responsibly.

Through its platform for sustainable development “Brewing a Better World” the company builds on its goals by focusing its efforts until 2030 in three main areas in which it can make a positive difference: Environment - zero carbon emissions in its full value chain, social sustainability - for an inclusive, fair and equitable world, responsibility - for moderate and responsible consumption.

The company's portfolio offers a variety of high-quality products that meet the tastes of the demanding Bulgarian consumer - Zagorka, Heineken, Ariana, Birra Moretti, Amstel, Stolichno, Desperados, Starobrno and The Apple Thief cider. Non-alcoholic offerings for beer lovers with 0.0% alcohol: Zagorka 0.0%, Heineken 0.0 and Ariana Radler 0.0% with the flavors of lemon, raspberry, strawberry and mint and orange and grapefruit.

For more information about the company and its products: www.zagorkacompany.bg 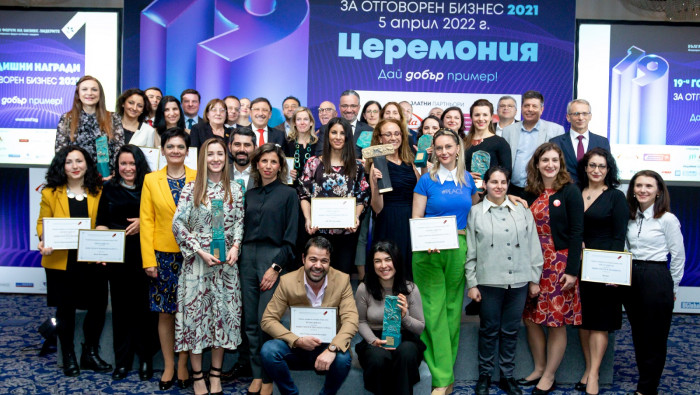 The prestigious recognition is for the sustainable participation of the company's team in the Youth Empowered educational program The educational... 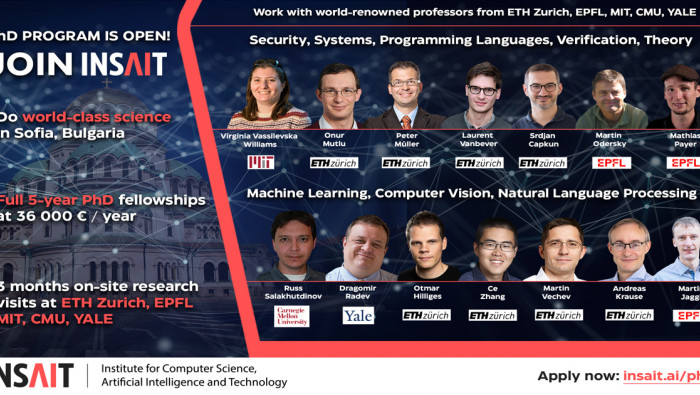 The institute offers 5-year PhD fellowships at 36,000 EUR per year For the first time in Eastern Europe, one will... 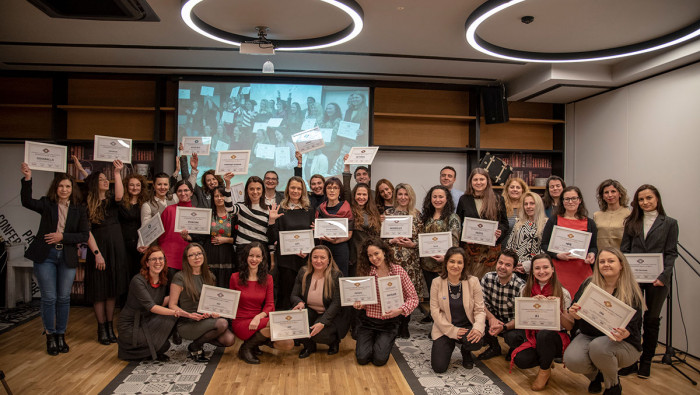 The company's team earned recognition among dozens of nominations in the annual awards of TimeHeroes and BCause Foundation The family... 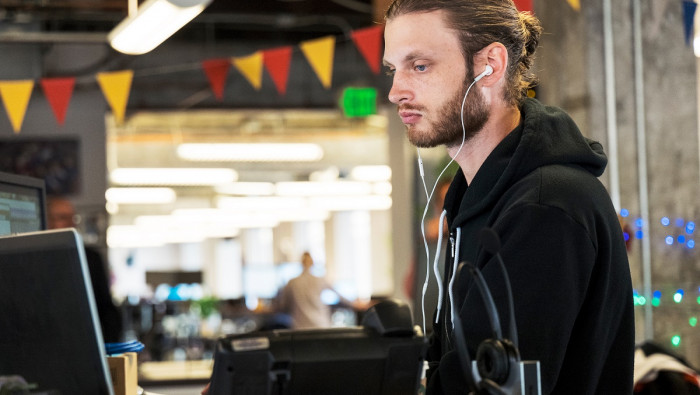 Employee expectations are higher than ever. They want flexibility and face time, and are making career changes that...